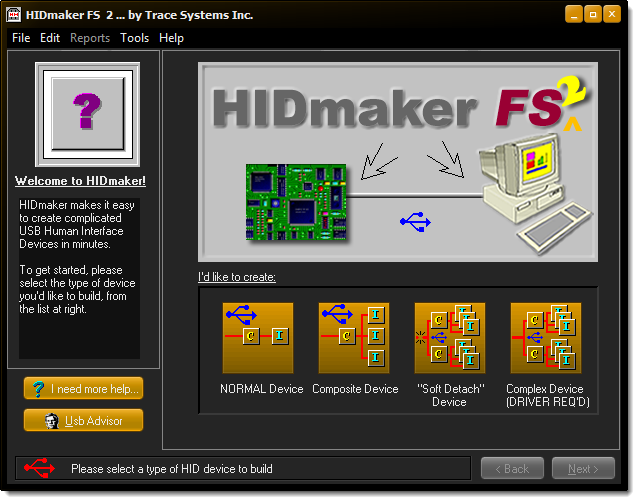 Enhanced in HIDmaker FS 2!  All PIC side code generators UPGRADED for latest compilers and development environments.

Enhanced in HIDmaker FS 2!  All PC Side Code Generators UPGRADED for Latest Compilers.

Get an UNFAIR ADVANTAGE over your competitors, with HIDmaker FS 2 !  Gets your USB HID project running, and communicating YOUR custom data, in as little as 10 minutes!  Pays for itself in 1 day!