Our soldering equipment client, PACE Worldwide, wanted to develop a faster rework station that uses infrared energy to melt the solder during the rework process.  Trace Systems Inc was involved during the hardware / software co-development process.

In addition to the same sort of retractable video camera box as is used on the hot air system, the new IR system requires a second video camera to view the IC leads (or Ball Grid Array solder bumps under the chip) to see when the solder melts. 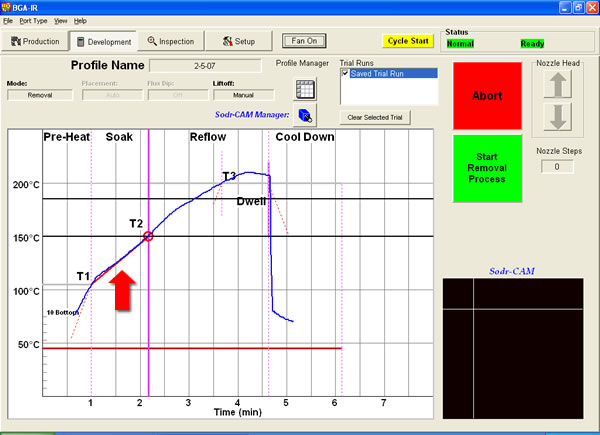 We are pleased to be able to say that our client has had great success with both the hot air and IR versions of their computerized rework station products, and we proud to have been able to help them.

So, how can we help YOU?  Contact us and tell us about your needs!